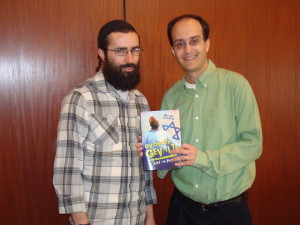 At the Jewish Museum of Maryland on Sunday, I gave a multimedia presentation about Oy Oy Oy Gevalt! Jews and Punk and Moshiach Oi! front man Yishai Romanoff performed a solo acoustic set (under the stage name Na Nach Oi!).

The Baltimore Jewish Times had this to say about my presentation:

“If being an American Jew can feel like having one foot planted in two worlds, these Jewish punks tried to keep one foot in each world while moshing,” he said.

The punk rock genre has a history of bands paying homage to their heritage. Croland remembers going to concerts featuring the bands Dropkick Murphys and Flogging Molly, both Celtic punk bands that appropriate traditional Irish melodies and instruments like bagpipes, fiddle and accordion into their punk rock styles.

“I would go to these Irish punk shows and look at the Irish kids rocking out,” said Croland. “They knew the songs that were being covered. I kind of wished I had that in the Jewish sense.”

It wasn’t until 2005 that Croland began writing about Jewish punk rock upon discovering Yidcore, an Australian Jewish punk band known for their raucous rendition of Adam Sandler’s “The Chanukah Song.”

In addition to Yidcore, Croland briefly highlighted other Jewish punk bands such as The Groggers, The Schleps and Pikesville’s own KOSHER.

Although Romanoff performed on an acoustic guitar and without a band, his punk snarl, akin to Rancid’s Tim Armstrong with a New York accent, was heard loud and clear.

In fact, Romanoff made it halfway through his set before admitting to the audience that he’d forgotten to turn his small amplifier on. The crowd reassured him that he was loud enough, but he turned his amp on anyway, arguably the most punk rock gesture of the afternoon. …

“I was into punk before Torah. I still love punk, but I love Torah more,” Romanoff said between songs. “This is my way of fixing all those years in the punk rock scene.” 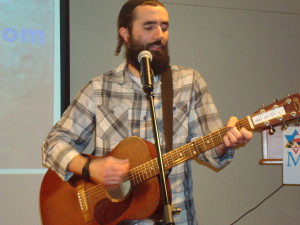 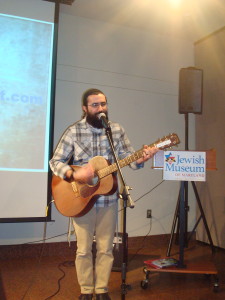 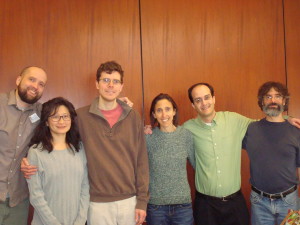 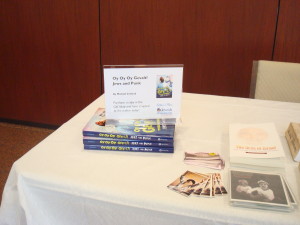 Photos 1 and 6 by Tamara Croland. Photos 2 and 3 by Michael Croland.