Fiddlin on Ya Roof

This week I got to see the new Broadway production of Fiddler on the Roof, which just opened last month. It was my first time seeing Fiddler on stage as an adult, and it was a blast witnessing all the iconic songs, beloved characters, and classic lines. There’s a special reason why the Fiddler songs speak to me so much.

In 2005, Yidcore released Fiddlin on Ya Roof, a punk rock cover of the entire Fiddler score. I pitched a review of the album to New Voices. The magazine’s editor asked if there was a larger context for Jewish punk and said, if so, I could write a feature. I started researching Jewish punk, and I saw that there was more than enough material for an article. Over the course of a decade, that research evolved into a book with the same title as the New Voices article.

Yidcore’s Fiddlin on Ya Roof is a cultural masterpiece. It is the definitive Jewish punk album.

In her book chronicling the cultural history of Fiddler, Alisa Solomon noted that Fiddler became “a sacred repository of Jewishness itself” and “part of the material out of which a new generation … is self-consciously fashioning Jewish culture and forging a usable past for a new era.” According to Solomon, “Projects like … Fiddlin on Ya Roof, with its snarled delivery, racing tempos, and assaulting guitar chords, neither reject Fiddler nor make fun of it; they incorporate it into their own larger cultural enterprise. Remaking the work in their own idiom, they put a generational  stamp on it ….”

For a listener who already appreciates punk rock, Fiddlin on Ya Roof can actually make the Fiddler songs more resonant. Some of the key emotional points in the lyrics strike more of a chord when performed with Yidcore’s shouted vocals and blistering instrumentals, including in “If I Were a Rich Man,” “Sunrise Sunset,” and “Do You Love Me?” In “Tevye’s Dream,” the absurdity of the lyrics and the plot is heightened because of Yidcore’s screaming and feverish intensity. In Yidcore’s version, even the humor in Fiddler can seem funnier, such as by pointing out that Natalie Portman would be the “perfect match” in “Matchmaker (An Ode to Natalie Portman).” 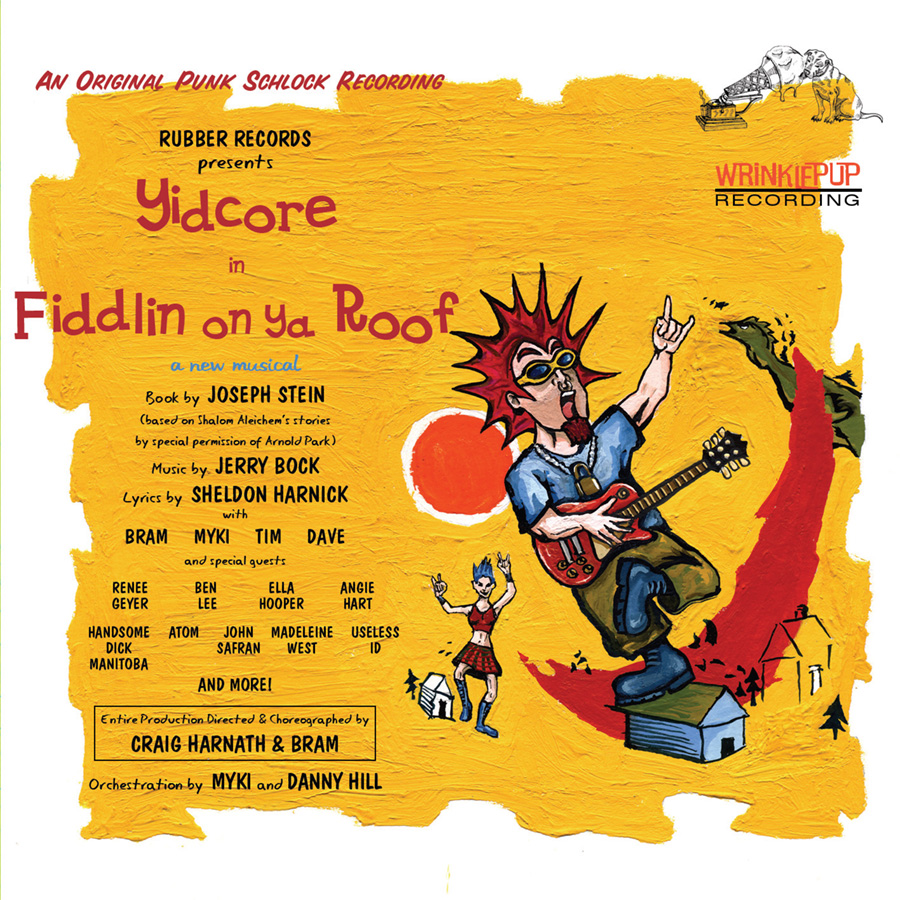 Listening to Fiddlin on Ya Roof for the last decade definitely helped me fall in love with the Fiddler songs and appreciate seeing Fiddler on Broadway more.