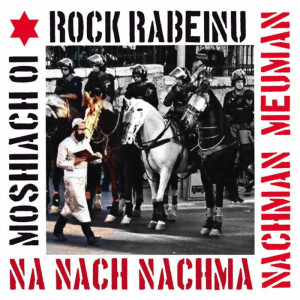 Moshiach Oi! have narrowed their focus over the past nine years.

When I first found out about Moshiach Oi! in 2008, guitarist Menashe Yaakov Wagner described Moshiach Oi! as “perhaps the world’s first hardcore vegan straight-edge Orthodox Jewish punk band.” By the time I met and interviewed them a few months later, the label was more succinct: “Torah hardcore.” In 2009, their debut album dealt with a multitude of topics from an Orthodox perspective, including celebrating Shabbos, learning Torah, and wanting the Moshiach (messiah). In 2011, their sophomore album addressed varying topics such as Torah, idolatry, and Abraham. Reflecting front man Yishai Romanoff’s religious leanings, there was one recurring topic that stood out in five of the album’s songs: Rebbe Nachman of Breslov, a rabbi born in the 18th century.

With their newly released third album, Rock Rabeinu, Moshiach Oi! put the Rebbe Nachman theme front and center. “There is probably at least twice as much Na Nach on this album!” Romanoff told Jewish Music Underground earlier this month. “Maybe Michael Croland will be up for the task of counting how many times we say ‘Na Nach’ on the album.”

As much as I cracked up at that comment (it’s likely because of my quantitative analysis of Moshiach Oi! songs in the preface of Oy Oy Oy Gevalt! Jews and Punk and an article I wrote for Jewcy), I am not up for the task.

“Na Nach Nachma Nachman MeUman,” also known as the New Song or the Song of Redemption, can be heard in many songs on Rock Rabeinu. The title track discusses how rock (a pun on rock music and the Hebrew word for “only”) Rabeinu (Rebbe Nachman) matters. In “Rabeinu’s Army,” Romanoff sings that he’s “a soldier in Rabeinu’s Army.” “Country Petek” and “Smoke the Petek” deal with the petek, a note that Rebbe Nachman posthumously sent to one of his students, and the latter, quite amusingly, discusses “getting high” off of Rebbe Nachman’s teachings. “Ain Yeush” and “No Despair” deal with Rebbe Nachman’s teaching of not having despair.

The song “Rabeinu Rebbe Nachman” best summarized why this focus is so important to Romanoff. The lyrics explain that Rebbe Nachman sent a letter with the Song of Redemption and that it’s “the key to set us all free.” Singing “Na Nach Nachma Nachman MeUman” is the “key to the redemption of all humanity,” which is why they “spread it all around.”

Moshiach Oi! made a concept album about Rebbe Nachman. Singing “Na Nach” in different catchy melodies and cadences was certainly one way to do so, but with songs like “Smoke the Petek,” they had varied approaches. It’s still rockin’ music that’s meant to praise Hashem and bring Moshiach, but it goes about those goals in a more targeted manner. 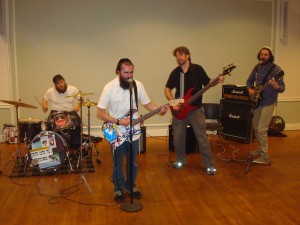 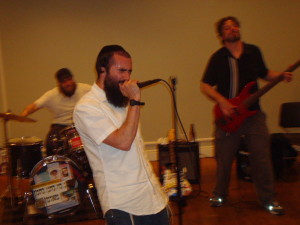