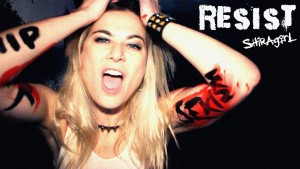 In his guest post on Monday (“When Punk Rock Fights Nazism, I Hope You’ll Invite Me to the Party”), Rabbi Patrick “Aleph” Beaulier said “this battle needs to come from art” and “from music.” It’s almost become a cliche that the era of Donald Trump would usher in punk rock and other resistance music with hard-hitting social and political commentary.

With the president worsening domestic and foreign problems abundantly, this is not a wait-and-see game. I wrote the lyrics to and sang a song against Trump, with an ad hoc band called Anti-Trump, before he even won the Republican nomination. Anti-Flag released their timely song “Racists” yesterday, following this past weekend’s white-supremacist domestic terrorism in Charlottesville, and announced today that their new album is due out November 3. Prophets of Rage (featuring members of Rage Against the Machine, Public Enemy, and Cypress Hill) will release their politically charged debut album next month.

I want to shine light on two examples of punk resistance music with a Jewish connection, which didn’t wait long.

Shiragirl is featured in Chapter 2 of Oy Oy Oy Gevalt! Jews and Punk and is perhaps best known for spearheading a stage for female musicians on the Warped Tour. She’s gotten attention recently for Hot Dates, which “details memorable moments in the life of a Bisexual Jewish American Ivy League Punk Rock Pothead Princess.” Shiragirl has dabbled in overtly Jewish music, but her newest catchy pop-punk anthem is summed up by its title: “Resist.”

The lyrics encourage listeners to resist apathy as well as oppression in many forms, including sexism, racism, and homophobia. The music video was shot at the Women’s March the day after Inauguration Day. It champions the power of protesting and standing up for what’s right.

The video was released on my wedding day in June. I first saw (and rocked out to) it upon arriving at the wedding venue early and waiting around before photos started.

On Erev Inauguration Day, Toilet Baby released Trumpster Fire, Part One. There was one overtly Jewish track: “Steve Bannon Can Suck My Jewish D*ck.” There are many ways to express rage at the alt-right media mogul turned White House chief strategist, but why not mention a “Hebrew dong”? “The chosen folks? We’re pissed off at you!” sings Toilet Baby. If Bannon pushes anti-Semitism and other bigotry, why not fight back in a blatantly Jewish manner?

After Washington City Paper called Toilet Baby a “Jewish punk artist,” I reached out to confirm he agreed with that label. He replied succinctly, “I’m whatever you want me to be. ✡️ 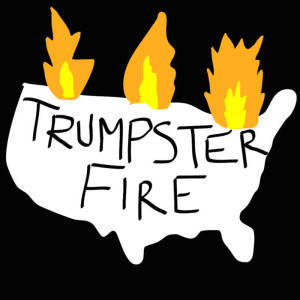 Assuming Trump is in office for at least four years, we’re at the beginning of a potential golden age of resistance music. To take the average of January 19 and 21, Jewish punks have been part of the conversation since Day 1.