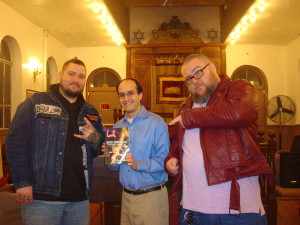 Last night was the book launch for Punk Rock Hora and the closing reception for a monthlong “Jews and Rock” art show at the Brooklyn Jewish Art Gallery. I gave a presentation, featuring a guest appearance from Damn Dirty Commies, and Moshiach Oi! rocked the house. With Joey Ramone apparently looking on in the background, dozens of attendees got a taste for Jewish punk in different flavors.

My presentation focused on punk renditions of “Hava Nagila” and the hora. I talked about Yidcore, Me First and the Gimme Gimmes, Golem, Gefilte F*ck, Schmekel, and Damn Dirty Commies. From the latter, two band members schlepped all the way from Philadelphia. Front man Oi McVey put his own spin on “Hava Nagila,” with bandmate Steve Sxacks providing the “Oi!” back-up vocals. Click here to watch; their performance comes at 0:40 of the video. 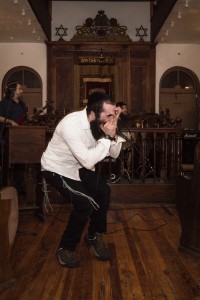 Moshiach Oi! played their first show since right after releasing their third album, Rock Rabeinu, in August 2017. While I did do an event with singer Yishai Romanoff (performing as Na Nach Oi!) in his new hometown of Baltimore a year ago, there’s no comparison between a solo, acoustic set and a full-throttle, full-band performance of “Torah hardcore.” The band members were excited to have an opportunity to play together again! 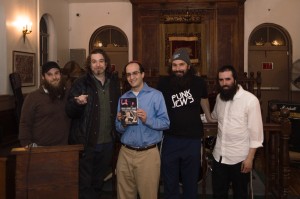 Moshiach Oi! have long dreamed of separate mosh pits for men and women, and while I’d seen isolated examples here and there, last night was something special. A group of women went to the back of the room, where there happened to be a mechitza because the venue was the sanctuary of an Orthodox synagogue. The women danced together behind the curtains, without any men present.

One such dancer, Chana M., enjoyed the experience. She explained to me afterward:

I’d never been in a women’s pit behind a mechitza before. I’ve definitely danced behind a mechitza plenty. It was wild to be doing punk dancing with other women! I loved the energy! I really was happy that women who otherwise wouldn’t be able to dance to the punk music danced anyway, because there was a mechitza.

For those questioning whether gender-segregated dancing is a case of “separate is inherently unequal” and symptomatic of a patriarchal system that holds women back, I encourage you to read up on women’s-only concert environments. I never would have called for men and women to dance separately, but if female attendees chose to do so and felt more comfortable in that setting, all the power to them! 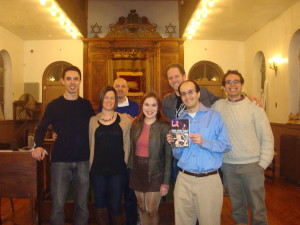 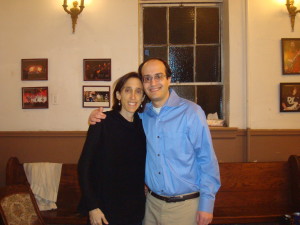 With my wife, Tamara (Photo by Eileen Croland) 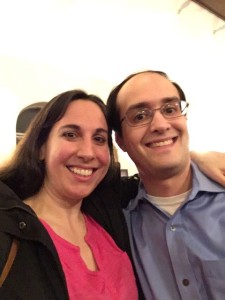 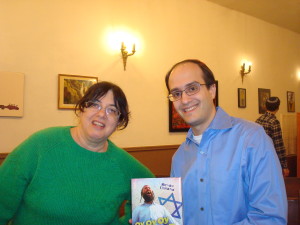 With Ellen Levitt, who is in my first book (Photo by Eileen Croland) 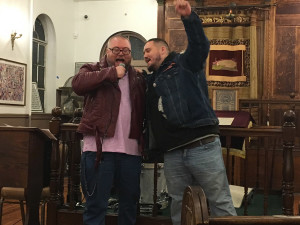 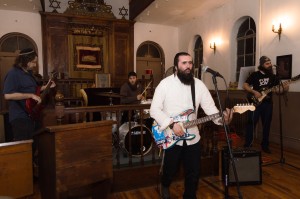 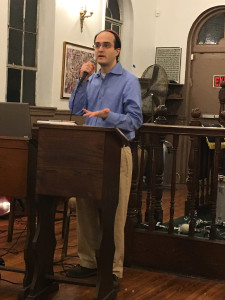 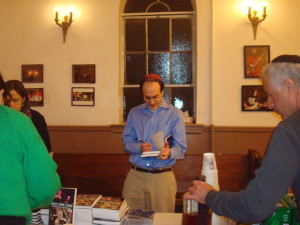 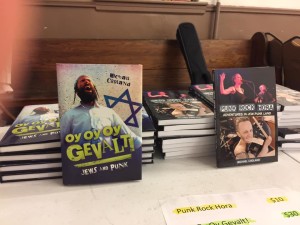 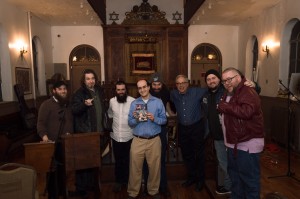