This is a guest post from Andrew “Oi McVey” Schulman, singer of the “angry Jew punk” band Damn Dirty Commies. Oi McVey identifies the five most bada*ss Jewish characters in movies, plus three honorable mention candidates. I explored “tough Jews” as an attribute of Jewish punks in Oy Oy Oy Gevalt! Jews and Punk, so it’s fascinating to see examples from the film world. Guest posts do not necessarily represent the views of this blog or its blogger. 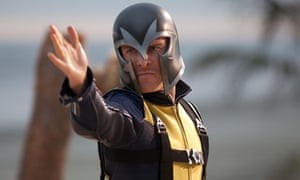 This portrayal is by far my favorite without question. And the reason I proudly have a Magneto tattoo on my right arm. Michael Fassbender plays Magneto in such an epic way. Commanding respect, and killing the fugitive Nazis who murdered his family, with the same Nazi era coin his powers of magnetism were sharpened by in the concentration camp.
He gets his ultimate revenge on the Nazi mutant Sebastian Shaw, who manipulated him to show his powers by killing his mother. It’s one of those one-of-a-kind moments where you feel Magneto’s pain as a Jew and the sweet release in his revenge as he destroyed the last of the Nazis who ruined his life during the Holocaust. This side story line reads like a Japanese-style revenge film and in my humble opinion makes this the best of the X-Men prequel trilogy.
2. The Bielski Brothers, Defiance (2008) 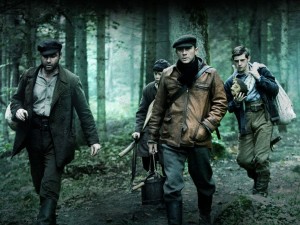 This film is based on the true story of three Jewish brothers who organized a battalion of Jewish soldiers to fight the Nazis in the forests near their village with Russian assistance set in World War II Poland.
This movie really hit a lot of marks that set the standard for Holocaust era hero Jews. I couldn’t choose just one of the brothers, as I believe them to be a dynamic trio of iconic Jewish heroes. And history agrees without question.
Daniel Craig, Liev Schreiber, and Jamie Bell really have an amazing chemistry that’s stuck with me. Which leads me to my next selection… 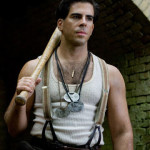 Much like the Bielski brothers, the Bear Jew has a commanding presence. His neck is adorned with Nazi dog tags he took as trophies from the German soldiers who fell to his iconic bat. It’s exciting to see a fellow Jewish American literally going to bat for our people and winning every step of the way!
Seeing Hitler cower in fear and erupt in anger at the mention of his name is a satisfying feeling that only a fellow Jew could really understand 100%, and may I be so punning to say that Eli Roth really hit this role outta the park?! Too many puns?! No such thing, friend!
4. Taylor Reese, Knockaround Guys (2001) 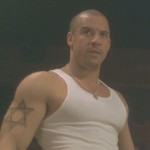 For me this particular role of Vin Diesel’s planted a seed of pride in my Judaism that may not have seen the sun had I not watched this movie during my adolescence. The iconic Jewish star tattoo, keeping up with Dennis Hopper, John Malkovich, and Seth Green.
Taylor is an Italian Jew who finds himself unable to be a made man in the mob because he refuses to deny his mother’s Judaism. But he still manages to steal the show as a low-level enforcer for the mob.
This movie is chock fulla quotables and is a lesser-known cult classic that forever made me respect Vin Diesel as a serious actor. A must-see movie for anyone tired of feeling underestimated just for being Jewish.
5. Mordechai Jefferson Carver, The Hebrew Hammer (2003) 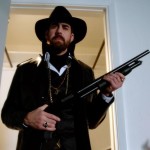 I only put The Hebrew Hammer in such a low spot because even though the titular character was the focus, this was more of a parody role than the rest of the list. And while I enjoy a good Jew joke, Mel Brooks–style self-deprecating Jewish movies always leave a bitter taste in my mouth.
With that said, I can’t help but adore the idea of this movie and low-key would love to see a sequel one day. Plus, let’s be honest, this was the role Adam Goldberg was born to play.
Sidenote: I feel like a spin-off movie with the Bear Jew and the Hebrew Hammer would be an instant schlocky action classic.
Honorable Mentions
1. Sam “Ace” Rothstein, Casino (1995) 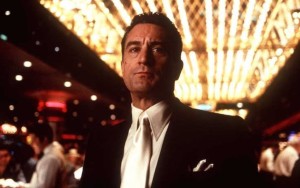 Robert DeNiro, playing a Jew wayyyyy before his creative nemesis Al Pacino did in Hunters, yeah, I said it. Wanna fight about it? I think the most bad*ss thing about DeNiro’s character is how much nerve he has at the end of the day.
To survive every hurdle the mob throws at him and putting together his own TV show to talk-trash about the mafia is an epic middle finger that only DeNiro could pull off.
2. Zohan, You Don’t Mess with the Zohan (2008) 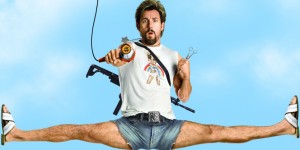 I’ll go on the record and say this is my guilty pleasure. Out of all the countless forgotten Adam Sandler movies, this one is king. This man beats the crap outta people while wearing sandals, is a complete sexual deviant, and abandons being Israel’s most famous hero.
Faking his death to pursue his dream of being a hairstylist with an outdated Paul Mitchell book in hand. (Sounds like another Mel Brooks movie, right?) And he not only lands his Palestinian archrival’s sister as his love interest, but he presents a lot of interesting points about American ignorance in the process. You might want to revisit this, even if it’s just not to take yourself too seriously for the evening.
3. Danny Balint, The Believer (2001) 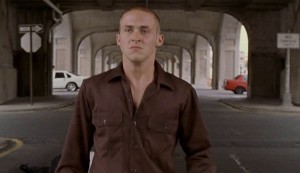 Ryan Gosling’s character is multilayered and complex, to say the least. A Jew who hates himself enough to become a Neo-Nazi skinhead is preposterous when you say it out loud. But his journey finding his way back to Judaism and betraying the cause he took up is what really redeems him in my eyes.
His redemption is significant enough to warrant him a place on this list. This movie is on par with American History X and is based on the true story of Dan Burros.
Photos provided by Oi McVey
0 Comments
By Michael Croland
Previous Post Next Post