Talking about Jewish Punk and My New Book on Alaskan Radio 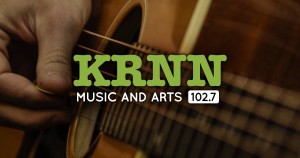 Yesterday Johnny Negotiable interviewed folk musician Dan Rauchwerk and me on his Episodes in the History of Noise on KRNN Juneau (Alaska). We discussed Jewish punk as well as Air to the Throne: A Poetry Chapbook about Air Guitar, which I’m self-publishing next week.

As he did on his ethnic punk radio special in February, Johnny praised my Jewish punk writing. He called me “a great scholar,” “a great writer,” and a “national resource for information about Jewish punk rock music and ethnic punk rock music in general.” He lauded Oy Oy Oy Gevalt! Jews and Punk as “a really wonderful exploration” and “scholarly treatment of Jewish punk music.” He called Punk Rock Hora: Adventures in Jew-Punk Land “a love song to Jewish punk music” and “a personal, almost a journal, of your experiences with Jewish punk.” He added, “Your prose is infectious. It really brings people back to the music, which is the best thing that a book like that can do.” Thanks, Johnny!

I took the opportunity to plug my new book. In response to Johnny’s last quote, I explained, “Absolutely, the passion comes through. Jewish punk and air guitar might be two very different topics, but what Punk Rock Hora and Air to the Throne have in common is that passion for music—and for musical expression.”

The timing was perfect because I got to reveal a brand-new Jewish punk band:

Just in the past week—this is huge! Fat Mike of NOFX and Yotam Ben Horin of Useless ID—Israel’s foremost punk rock band—have a new band called Chabad Religion, which is an amazing pun! They have released two songs so far. One is “Shabbat Shalom” and is basically “L’cha Dodi,” a song from the Friday night Sabbath service, and one is “Adon Olam,” which is one of my favorite Jewish melodies. They say a whole album, recorded in three days, is coming out soon. It doesn’t get any bigger than Fat Mike and Useless ID coming together! That’s really going to bring a new spotlight to Jewish punk like never before!

Yesterday Chabad Religion released “Hineh Mah Tov.” Fat Mike quipped, “On the first day of Christmas my true love gave to me: A song that I couldn’t understand ’cause it is sung in an old language by a punk that’s an Israeli.” Upon releasing “Shabbat Shalom,” Fat Mike explained, “All the melody of Bad Religion but with lyrics that are easier to understand! (If you’re Jewish) … and 20% more chutzpah!!!!”

Jewish punk continues to grow in a big way!