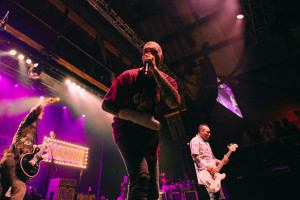 On Friday I saw New Found Glory in concert for the fifth time—but the first since 2004. They still “kill it live,” to quote the title of their live album. Jordan Pundik’s nasal tenor vocals over heavy-but-melodic guitars is pop-punk perfection that takes me back to the early 2000s. 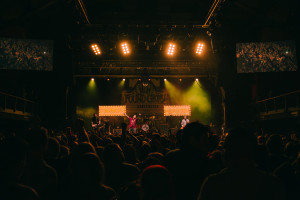 NFG played a terrific mix of beloved old songs and fun covers from their movie-themed EPs. I enjoyed singing along to the biggest hits from each of their three gold albums: “Hit or Miss,” “My Friends over You,” and “All Downhill from Here.” But it was some of their other classics from at least a decade ago that had me thinking, Wow, I have not been listening to NFG enough the last few years! Live videos of “Understatement,” “Listen to Your Friends,” and “Something I Call Personality” appear below to give a taste of what I’m talking about.

Although NFG are typically not pegged as a Jewish band, I included two paragraphs about them in Oy Oy Oy Gevalt! Jews and Punk. Here are some of the band’s Jewish associations: