Yesterday marked the 40th anniversary of the Ramones’ self-titled debut album. The album was a landmark in the development of punk rock, and the group has been widely cited as the first punk rock band. As discussed in Oy Oy Oy Gevalt! Jews and Punk, two of the quartet’s founding members, Joey and Tommy, were Jewish, and their Jewishness played a significant role in the band.

To honor this milestone, the Queens Museum opened an exhibit titled “Hey! Ho! Let’s Go: Ramones and the Birth of Punk” a fortnight ago. I finally saw it today, on my second attempt. It would’ve taken me two hours in line to get in when I went on opening day!

It’s exciting to see the Ramones recognized in a respectable museum, just over a mile away from where all four founding members attended Forest Hills High School. The exhibit included the back stories of the band members, with a focus on their New York roots, as well as flyers, photographs, records, instruments, T-shirts, videos, and more from throughout the band’s career. The highlights for me were the “Pinhead” mask, the “Gabba Gabba Hey” sign, and a “1-2-3-4” hat.

A New York Times article about the exhibit mentioned the Nazi references in the Ramones’ “Today Your Love, Tomorrow the World” (from the debut album), as is discussed in greater depth in Oy Oy Oy Gevalt! Jews and Punk. “It was shocking to me, I’m sorry. I’m a Jewish kid from Brooklyn,” Sire Records’ Seymour Stein said in the Times article, in line with his earlier remarks.

Check out my photos from the exhibit below. 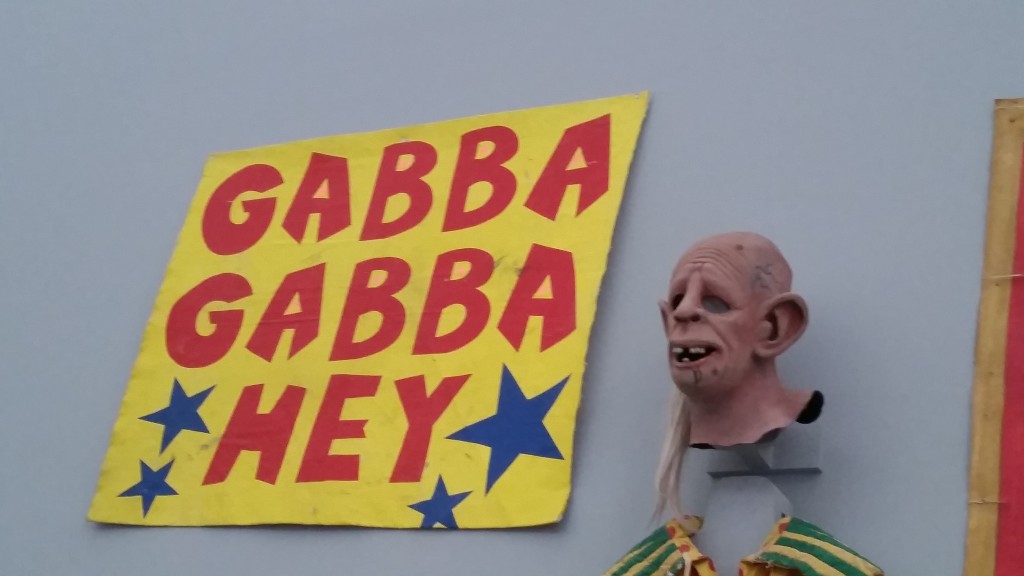 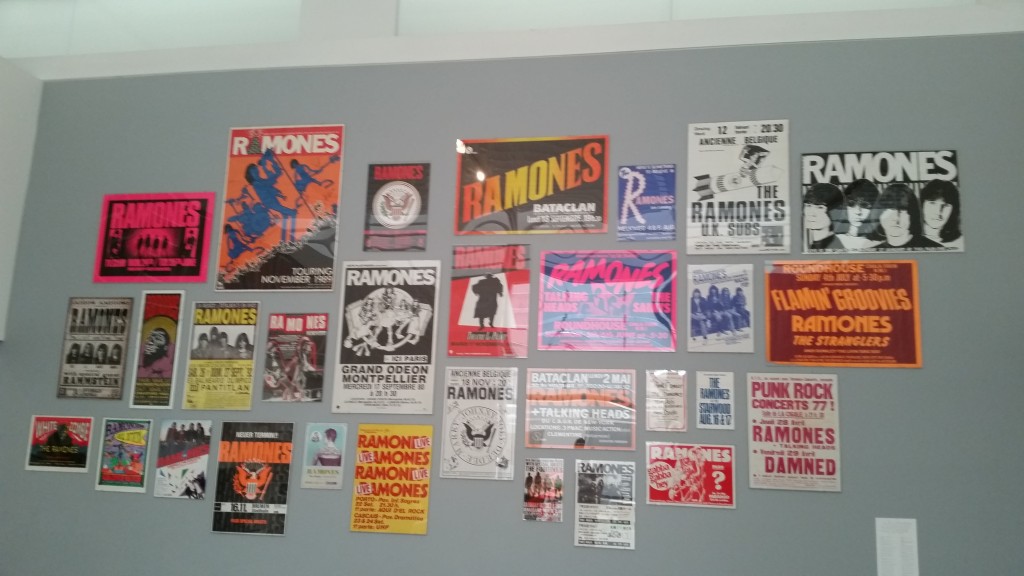 All photos by Michael Croland