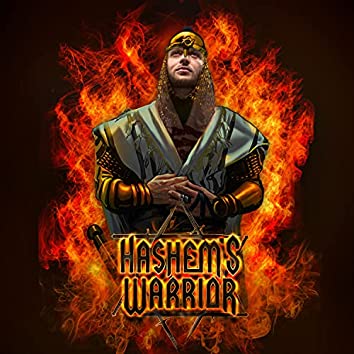 The Jewish metal band Hashem’s Warrior released a video for “Dveikus in the Darkness,” and I’m one of several air musicians on display!

In June, I was thrilled to see that Hashem’s Warrior encouraged fans to submit videos of them “headbanging, playing air guitar, actual guitar, etc.,” along to the song. Not only was air guitar specifically invited, but it came before there guitar!

I’ve touched on Jewish metal/metalcore tangentially to Jewish punk as well as air guitar from a Jewish perspective. But seeing air instruments prominently featured in an up-and-coming Jewish metal band’s video is a welcome development. At long last, air guitar is being explicitly celebrated in heavy Jewish music!