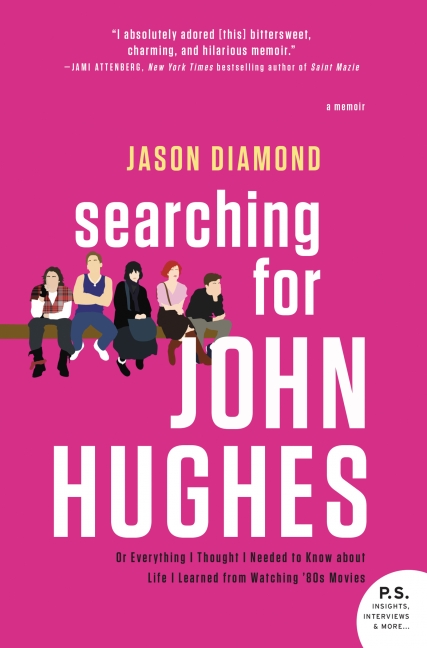 Jason Diamond could’ve come up in Oy Oy Oy Gevalt! Jews and Punk much more than he did. The book discusses his bands Fear of a Blue Planet (in which he screamed “Kish mir in tuchas!”) and Shabbos Bloody Shabbos (which “kind of” had one practice). One could be forgiven for reading the book and not remembering his name.

There’s so much more to him. I first interviewed him for my former blog, heebnvegan, via e-mail in 2009. The following year, I wrote articles for him when he was the editor-in-chief of Jewcy. Jewcy was owned by JDub Records (the home of Golem, CAN!!CAN, and the Gangsta Rabbi), so he had insight into that world. He interviewed Mick Jones of The Clash for Heeb. He wrote about embracing punk shortly after his bar mitzvah, which I later blogged about. He wrote a kaddish for Jewish zines. He had Golem play at his wedding. When I interviewed him in person for my book, I found him to be incredibly knowledgeable about many different topics, not just the obscure bands he’d been in.

Diamond’s Searching for John Hughes was published last month, and I’m glad that it’s gotten widespread coverage and praise. Diamond’s Jewish and punk identities come up frequently. (He includes an appendix of his favorite local Chicago punk bands from his teen/college years!) The Jewishness and punk converge for Diamond’s short-lived attempt to become a rabbi:

I’ve never been religious. … My bar mitzvah was basically me crying over a cheat sheet, and I walked out of a grocery store job at fourteen yelling, “F*cking fascists,” after the kindly old owner asked me to turn my Bad Religion T-shirt inside out. …

Rabbis are supposed to be wise and learned, and I told myself I was going to be a cool rabbi, one who was just as interested in pop culture as he was kosher foods and weekly Torah portions. I’d be the type of rabbi people liked and wanted to confide in. And so what if I didn’t believe in organized religion? History was littered with people who went against the grain and shook things up for the better; I’d be a punk rock rabbi.

Kirkus Reviews said, “Both funny and heartbreaking, Diamond’s memoir is not just an account of how one director’s films impacted—and perhaps saved—his life. It is also a memorable reflection on what it means to let go of the past and grow up. A quirkily intelligent memoir of finding oneself in movies.”