The Shondes violinist Elijah Oberman and guitarist Courtney Robbins have a new indie/alternative/folk side project called Low Tide. They describe their music as “ghostly songs from alternate realities.” Their debut album, The Alchemist, comes out October 25.

While the music overall doesn’t sound like the Shondes’ rock/punk, many of Oberman’s vocal and violin parts could have seamlessly fit in on a Shondes album. Indeed he sings lead on some Shondes songs, in addition to frequent back-up vocals.

“Making this album and starting this new band came as quite a surprise to me,” said Oberman. “I never thought I’d be a lead singer or have another band, but playing music is so central to who I am—and so important for my mental and spiritual health—that when Shondes stuff slowed down for a bit, these songs just came pouring out of me.”

“The sound is simultaneously totally different [from the Shondes] because I was able to go down new roads and explore new sounds and somehow still make sense in a Shondes context,” he added. “Even though that sounds like a bit of a contradiction, I’m still the same person, so it makes sense to me that there’s a continuity there despite the variation.”

That “same person” from the Shondes—a band that has thoughtfully tackled Jewish content for over a decade—is evident with “Who Fans the Flames.” The not-so-straightforward approach to time is reminiscent of the Shondes’ “I Watched The Temple Fall.” Oberman explained:

The first thing I thought of was lighting a yahrzeit candle, which got me thinking of how that single vulnerable flame connects us to the past and to the future of who will light the candles for us when we’re gone.

From there I was able to explore a whole world of non-linear time that was really exciting to me. You can hear the specific reference in the lines “I light the flame/ it calls you to me/ and who will remember/ who will reach back for me.”

My favorite track on the 10-song album is “Ocean Calls.” Oberman belts out an impressive vocal performance, and the delightful violin melody in the bridge will be welcomed by Shondes fans. 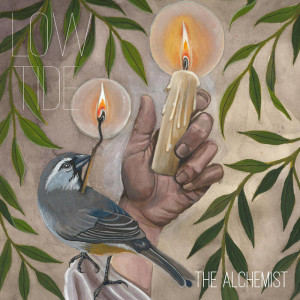