Michael has written about Jews and punk for the Forward, JTA, Jewcy, Hevria, New Voices, and his former blog, heebnvegan. His chapter, “Vegetarianism and Veganism among Jewish Punks,” was published in Jewish Veganism and Vegetarianism: Studies and New Directions, edited by Dr. Jacob Labendz and Rabbi Dr. Shmuly Yanklowitz (SUNY Press, 2019). He has been quoted as an expert on Jews and punk in The Wall Street Journal, JTA, The Times of Israel, and Moment, among others. He has given presentations about Jews and punk at Limmud NY, LimmudBoston, the Toledo Jewish Book Festival, the Jewish Museum of Maryland, the New York Public Library Mid-Manhattan Library, the Brooklyn Public Library Gravesend Library, Word Up Community Bookshop, the Brooklyn Jewish Art Gallery, and numerous synagogues. He has spoken about vegetarianism in the Jewish tradition at several universities and synagogues. As an air guitar artist and expert, Michael has appeared or been cited in To Air Is Human, Sports Illustrated TV, CBS New York, The Virginian-Pilot, Houston Press, The Medical Journal of Australia, Teruah Jewish Music, and a Jewish metal band’s music video.

Michael received a BA in professional writing and a minor in religious studies from Carnegie Mellon University as well as an MS in publishing from New York University. He won the Genesis Award for Outstanding Student Media from The Humane Society of the United States as well as the Alan and Gloria Siegel Award for Professional Writing from Carnegie Mellon University. Michael has been active with many projects in the Jewish community, including formerly serving as the communications coordinator and a board member for an independent minyan. He works as a book editor.

Michael lives in New York. You can reach him at MCroland@gmail.com. 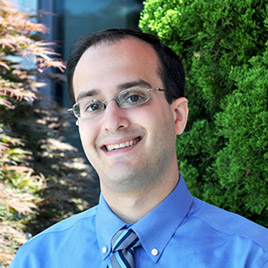