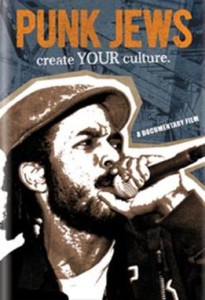 The 2012 documentary Punk Jews shined a spotlight on alternative Jewish culture, including the Torah hardcore band Moshiach Oi! The team behind the documentary (director Jesse Zook Mann, producer Evan Kleinman, and co-producer Saul Sudin) did more than just create a great film. Dating back before the film’s release, they created a community for outside-the-box Jews, both with events and through the Punk Jews group on Facebook.

Through the years, I’ve enjoyed the conversations through the Facebook group, learned about new artists (which I’ve written about both in Oy Oy Oy Gevalt! Jews and Punk and afterward), and shared numerous posts of my own. The group has more than 2,000 members.

Last night, Jesse announced that the Facebook group is closing down:

I’m sad to say that after seven years we’re closing down the Punk Jews group. With the friction in Israel and now a vocal hard right posting here it’s more than we have the capacity to be dealing with.

Being apolitical doesn’t work. Policing posts of Jewish alt-righters defending Netanyahu slaughtering civilians isn’t something we want to do. And turning Punk Jews into an exclusionary leftist project doesn’t really feel right either.

We made Punk Jews as a project and space for Jews who didn’t fit in to have camaraderie regardless of their nuanced political opinions—but now Jews in the margins are at a flashpoint with each other that feels more destructive than constructive. The outsiderness that brought us together seven years ago no longer does. And the current mutations of counterculture Jews is not something we want to throw up a banner to represent all of.

I appreciate the community that the Punk Jews Facebook group fostered over the last seven years. Thank you to Jesse, Evan, and Saul for bringing people together and keeping the community alive for as long as they did.

Click here to watch Punk Jews in its entirety for free.